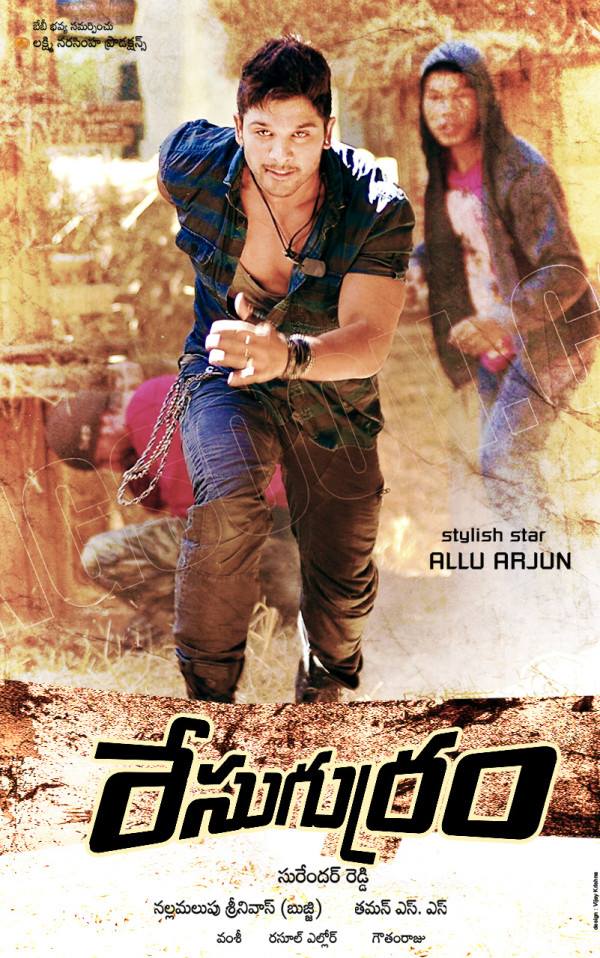 The first look of Stylish Star Allu Arjun’s forthcoming film Race Gurram will be unveiled in the month of November as per the latest buzz. However, an official confirmation is awaited and the film is slated for January 2014 release for Pongal.

Race Gurram movie is currently being filmed in Ramoji Film City and scenes on Allu Arjun and Kick Shyam are being filmed. Surender Reddy is wielding the megaphone for the racy entertainer.

Shruti Haasan is the heroine in Race Gurram movie while Saloni is the second fiddle to her. Nallamalupu Bujji is producing the movie and Thaman is composing the music.