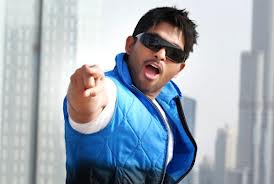 Stylish Star Allu Arjun is set to join the sets of Surender Reddy directorial soon. The film has been launched earlier in October 2012 and the regular shooting will commence from March end.

The untitled film marks the first combo of Allu Arjun and Surender Reddy and its being produced by Nallamalupu Bujji and Dr K Venkateshwara Rao jointly. Cinematography is by Manoj Paramahamsa while the other details of the cast and crew of the film are to be announced by the makers.

For now, Allu Arjun is busy with the shooting schedules of Puri Jagannadh directed Iddarammayilatho casting Amala Paul and Katherine Tresa as the leading ladies