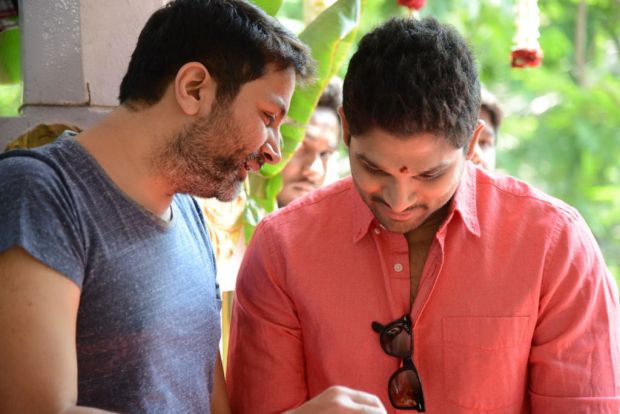 Allu Arjun’s upcoming Trivikram Srinivas directing film is reported to have been titled.

According to sources this Allu Arjun starrer will be called ‘Trisulam’, which is the title of 1986 released Telugu film starring Rebel Star Krishnam Raju, Sridevi, Jayasudha and Radhika.

However makers are yet to announce the title officially.

After their superhit combo in Julayi and Trivikram’s industry hit Attarintiki Daredi, audience and trade have huge expectations on this film. Tentatively titled as Trisulam, the movie has interesting script where the prime duty of the hero is to protect his girl from enemies.

Samantha, Adah Sharma, Nithya Menon, Sneha and Upendra will be seen in the key roles alongside Bunny in this movie. Devi Sri Prasad will render the music. Allu Arjun-Trivikram film is Radha Krishna’s Production No. 2 on Harika and Hassine creations banner.