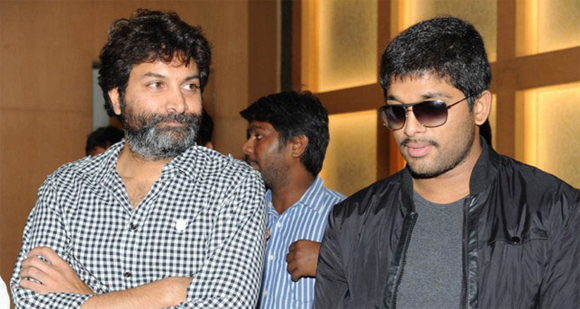 Allu Arjun and director Trivikram Srinivas had teamed up earlier for Julayi which ended up as money spinner at the Box-office.

Now, the duo set to team once again and Trivikram is busy with the script work of the movie. The shooting will commence in a while after Allu Arjun wraps Race Gurram shoot being canned presently in Ramoji Film City.

Allu Arjun-Trivikram Srinivas film will be produced by Radha Krishna who earlier produced Julayi. Other details of the cast and crew of the film are to be revealed by the makers. Meanwhile, Surender Reddy directed Race Gurram film will hit the big-screens in January 2014 for Pongal .