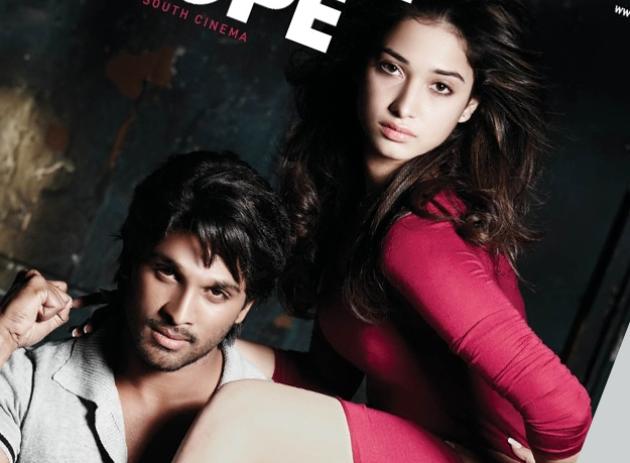 Young Telugu super star Allu Arjun, who has created his own fan base in Kerala, is all set to hit kerala box office with his next film titled Badrinath.

Badrinath is directed by VV Vinayak and produced by Allu Arjun’s father Allu Aravind under their home banner Geetha Arts. The actor will be paired opposite Tamannaah for the first time in this film. Prakash Raj will also be a main part of the cast.

Arjun had undergone martial arts training in Vietnam for the film, as he plays an Indian Samurai. Famous Stunt director Peter Hein will direct the fight sequences and the script by Chinni Krishna.

Recently, the audio of the Telugu version of Badrinath was released in Hyderabad. Speaking at the occasion, producer Allu Aravind announced that the movie will be simultaneously released in Telugu and Malayalam, as Allu Arjun has become popular among the Kerala. He also added that, movie will be released on June 10 instead of June 3. This is due to delay in completion of post-production works.

According to Sources, Allu Arjun might do a straight Malayalam movie by the end of 2011.