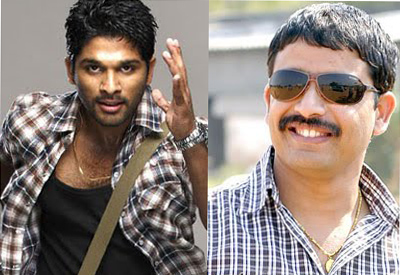 Allu Arjun, after completing ‘Badrinath’, is busy listening to stories for his next projects and already okayed one film with a working title of ‘Lover’ under the direction of Vasu Varma of ‘Josh’-fame, to be produced by Dil Raju on the banner of Sri Venkateswara Creations.

Earlier, he gave his nod for a subject narrated by Trivikram Srinivas. Presently, Trivikram is busy in pre-production works like selection of artistes and technicians for the movie and the film is most likely to hit the floors in September this year.

DVV Danaiah, who had earlier produced a blockbuster like ‘Desamuduru’ with the hero is again producing this film.

There were gossips that Ileana was first selected as heroine and Samanta replaced her. But there is no official confirmation so far.