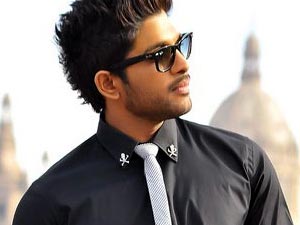 Allu Arjun is shooting for Race Gurram film in Hyderabad. The filmmakers are planning to release the film on January 11 for Pongal as per the latest buzz.

Race Gurram has already completed a couple of major schedules in Europe and Hyderabad earlier. Shruti Haasan is romancing Allu Arjun in the action entertainer while Saloni will be seen in a prominent role. The action sequences of the film are currently being canned under the supervision of noted choreographers Ram – Lakshman are supervising the action scenes.

Surender Reddy is wielding the megaphone for the film and Nallamalupu Bujji is producing it. Thaman is composing the tunes and Race Gurram marks the first combo of Thaman and Stylish Star while the latter is said to be impressed with the music compositions.