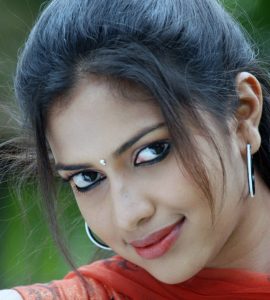 Director Renjith who had given career best roles to actors like  Priya Mani, Revathy and Navya Nair will offer Amala Paul, another meaty role through his new movie ‘Indian rupee’. The actress who shot to fame with the recent Tamil hit ‘Mynah’ will be paired opposite Prithviraj for this movie, which will be another classy affair from Renjith.

Amala, a malayalee from Ernakulam, had earlier been in Mollywood films like ‘Neelathamara’ and ‘Ithu Nammude Katha’, but in insignificant roles. The actress will be seen in big Tamil films of 2011 like ‘Daivathirumagan’ opposite Vikram and ‘Vettai’ opposite Madavan and Arya.