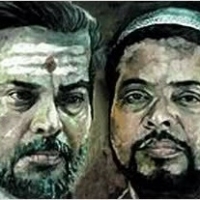 Scriptwriter Babu Janardhanan has already kicked of the shoot for his first directorial venture titled as ‘Bombay 1993: March 13’. The initial shots of the movie featuring a story in the aftermath of infamous Bombay blasts, has the megastar Mammootty along with actors Lal and Kottayam Nazir, on a cleaning spree at Alappuzha city. The movie has Mammootty in twin roles, one as Sameer, a cleaner in the city corporation. The other role is kept as a big secret.