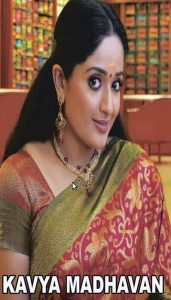 Kavya Madhavan was selected for the second Bharath Murali award for best performance, initiated by the Bharath Murali cultural centre. The actress was named for the award for her life like execution of the lead role in the new movie ‘Gaddhama’. The award which carry a cash purse of 10001 rupees and a shield, will be  given away in a function at kottaarakkara on the fifth of August.

The centre has earmarked his award for the best performance by a female in a Mollywood film in an year.K P AC Lalitha was the recipient of the award in its first year.