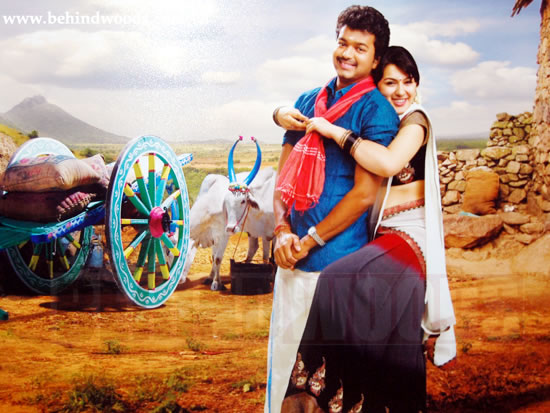 There is a buzz doing its rounds in the Kollywood town that director Seeman will soon direct ‘Ilaya Thalapathi’ Vijay. The film will be titled ‘Pagalavan.’ Sources reveal that the storyline for this film was created almost a year back. But Seeman was jailed for his comments on the Srilankan Tamils following which the project was shelved.

But the director is out now and seems to be concentrating hard of assembling the star cast and the technical crew for ‘Pagalavan.’ Now it also seems that Bhavana will be acting opposite Vijay in this film. This is the first time Bhavana will be seen opposite Vijay. She has already worked with Seeman in ‘Vaazhthukal,’ so this will be the actress’ second project with the director.

Sources also reveal that ‘Pagalavan’ is a double heroine subject. The other heroine’s role is touted to go the Hansika Motwani, who will also be seen in ‘Velayudham’ with Vijay. ‘Ilaya Thalapathi,’ is at the moment busy with his final schedule of ‘Velayudham.’ He is simultaneously acting in Shankar’s ‘Nanban.’ The actor will join the ‘Pagalavan’ team once he completes these two films.