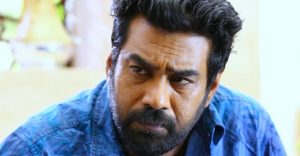 Director Ranjith has roped in Biju Menon to play the lead in his next movie which is an adaptation of R Unni’s short story “Leela”.

Earlier the names of Mammootty and Sankar Ramakrishnan were heard for the role. The movie is titled ‘Leela: the Never Ending Play’.

The script and dialogues are penned by Unni R. This is for the first time that Ranjith is directing a movie not scripted by him.

‘Leela’ is the story of the relationship of the mahout Kuttiyappan and the orphan girl Leela. Biju Menon will play the role of Kuttiyappan. The female lead is not finalized.

‘Leela: the Never Ending Play’ will be produced by Ranjith himself under the banner of Capitol Theatres.