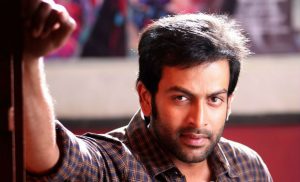 Prithviraj does the lead role. ‘KL 10.Pathu’ fame Chandni Sreedhar is the heroine. The movie has a unique storyline and narrative pattern.

Chemban Vinod also does a prominent role. He does the title character Darwin. The movie revolves around an angry man whose life changes with the intervention of a young man.

‘Darwinte Parinamam’ is produced under the banner of August Cinema by Prithviraj Sukumaran, Shaji Nadeshan, Santhosh Sivan, and Arya.