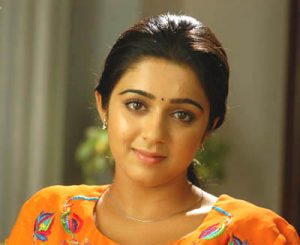 Seductive actress Charmi is eagerly waiting for a comeback to form in Tollywood. This Punjabi lass learnt Telugu to speak fluently and even she went a step ahead to dub her voice to a heroine.

After ‘Mantra’, she doesn’t have any hits to her credit and she is eagerly looking at her forthcoming release ‘Mangala’ and had great expectations on the film that it would definitely change her fate again.

However, even before the release of this film, she bagged an opportunity to play opposite Balakrishna for his forthcoming film under the direction of Paruchuri Murali and produced by ML Kumar Choudary on the banner of Sri Keerthi Creations.

Balakrishna is playing triple roles in the film. Lakshmi Rai had already been selected as one of the heroines and recently the director announced the name of Charmi was finalised as the other heroine. One more heroine is yet to be selected.