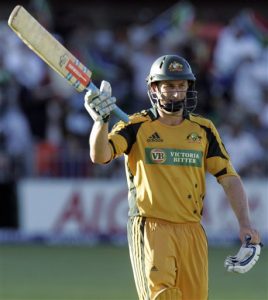 Clarke has made only 55 runs in the three ODIs against England, which follows his miserable average of 21 in the Ashes series.

However, Hussey says that Clarke’s worth in the team should not be measured by pure runs, but also include his captaincy skills.

“And maybe he is trying a bit too hard when it comes to batting. But I’m sure a big, big score is just around the corner, he’s such a classy player,” he added.