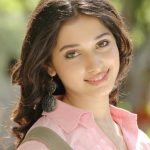 Dayanidhi Alagiri’s Cloud Nine Movies, which tasted its first success through the hilarious spoof Thamizh Padam, has acquired the rights of Karthi starrer Paiya, directed by Lingusamy. Produced by Thiruppathy Brothers, Payya is very important one for both Karthi and Lingusamy who are suffering a lot with failures.

Buzz up!
It is highly expected that this movie would be a hat trick for Cloud Nine Movies. The company is currently producing Thoonga Nagaram, which went to floors very recently.

Paiya starring Karthi, Tamanna and Milind Soman in key roles, has musical score by Yuvan Shankar Raja. Madhi handles cinematography, while editing is by Anthony. Kanal Kannan is in-charge of stunts. The adventure film that revolves around a road journey by a young man is slated for release this April first week as Tamil and Telugu simultaneous release. After releasing Suriya’s movie (Vaaranam Aayiram), Dayanidhi Alagiri now teams up with Thiruppathy Brothers for his brother Karthi’s film.