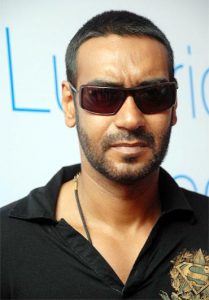 Ajay Devgn’s career is on an all time high at this juncture. After delivering back to back hits last year with films like Raajneeti, Once Upon a time in Mumbai, Golmaal 3 and Dil Toh Bachcha Hey Ji this year, Devgn is ready to cash in on his good run at the BO. Keeping this in mind Devgn will be experimenting in his next with Abbas-Mustan where he will be playing dual roles.

Ajay who has good relations with the director duo of Abbas-Mustan [earlier directed Ajay in Tarzan-The Wonder Car] have narrated a perfect script which will see Devgn donning dual avatars; one a positive character and the other a negative character.

Ironically Devgn was set out to play baddie in Krrish 2 but things didn’t go out as planned. Time ago Ajay was to play a double role in Rajkumar Santoshi’s Ashoka that of father Ashoka and his son Kunala but the film was shelved.

This new film will revolve around an intelligent conman with the backdrop of robbery. Produced by Shemaroo international the film will go on floors from this year end. The shoot will be taking place in Cape Town and Dubai.

So after Hindustan Ki Kasam one will see Devgn in a dual role.