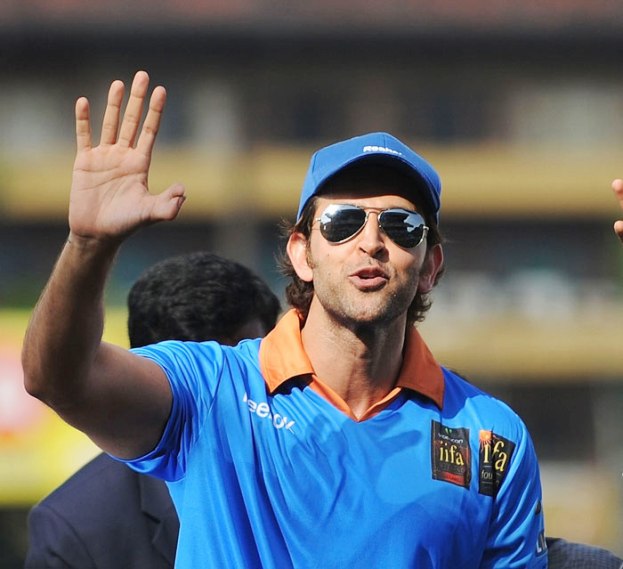 Mumbai, April 3 (IANS) Actor Hrithik Roshan was bowled over by the magnificent performance of Team India in the World Cup final against Sri Lanka and says skipper M.S. Dhoni’s winning six was the perfect end to the match.’Last (Saturday) night, Indian team proved themselves to be the biggest heroes. They were up against one of the best teams. It’s the madness that carried them through. And the final winning six of Dhoni… I am a cinema guy so in my way I would say it was a perfect screenplay,’ Hrithik told reporters at the launch of Provogue’s new Spring Summer Catalogue at Novotel Hotel here Sunday.

India defeated Sri Lanka at the ICC World Cup final by six wickets to lift the World Cup after 28 years. India had last won the cup in 1983.

Actress Sonakshi Sinha accompanied Hrithik at the launch of the catalogue. The two endorse the brand’s respective female and male lines respectively.