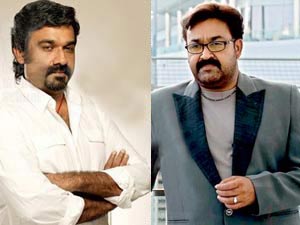 Writer-director Ranjith and Mohanlal will team up in a new film, which has been titled Loham.

Andrea Jeremiah is the heroine. The shooting of the film will take place at Kozhikode, Kochi and Dubai.

Ranjith had originally announced Manju Warrier’s comeback film, with Mohanlal as the hero. However that project never happened. The director came out with the Dulquer Salmaan starrer Njan that failed to make much impression.

Another project with Jayaram in the lead was also announced and that has now been postponed as well. There are rumours doing the rounds that Mohanlal is playing a “larger than life” hero in the mould of some of Ranjith’s earlier films but it has no confirmation as yet.