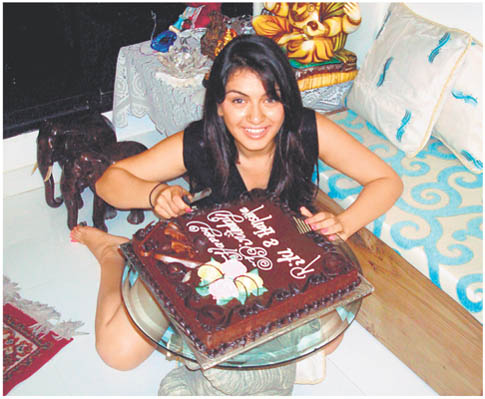 Hansika is turning 20 today! The gorgeous actress entered filmdom as a child artiste and has now carved a niche for herself as one of the leading ladies in the tinsel town. Her first Tamil release was Mappillai in which she starred opposite Dhanush and then she went on to star in Engeyum Kaadhal which had Jayam Ravi as her onscreen pair.

She is now expecting the release of the Vijay starrer Velayutham which is likely to hit the screens next month. The actress is also playing the female lead in Oru Kal Oru Kannadi, a comedy flick that has Udayanidhi Stalin as the hero. It is interesting to note that within a very short span of this time actress has managed to share the screen space with several leading heroes.

We wish this young star many more happy returns of the day and a bright future ahead!

1 thought on “Hansika celebrates her birthday”