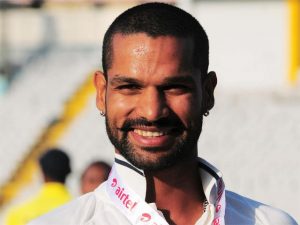 Indian opening batsman Shikhar Dhawan turned 29 years old on Today. The birthday boy was dismissed for a golden ball nought against Cricket Australia in the two-day tour match on Thursday.