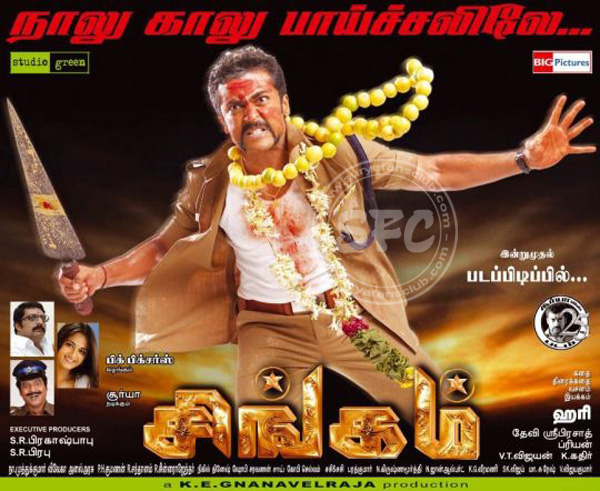 Surya’s big budget action extravaganza Singam shooting is 90% completed and the movie will hit the screens for Tamil new year on April 14th.

Director Hari in a recent interview has said that “ The film is a typical Hari film which means all ingredients for a mass Tamil entertainer like action, comedy, songs, punchlines, sentiments and a moving story mixed together to provide a good time to the common man.”

Hari also added that “Surya-Anushka pairing is going to be something new, Vivek’s comedy will make you laugh and Prakash Raj is the bad guy. The film produced by Gjnavel Raja for Studio Green has music by Devi Sri Prasad and will be a summer 2010 release in April.”