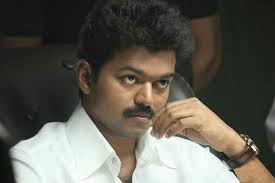 Ilayathalapathy Vijay, currently shooting in Australia, regrets being unable to join the members of the South Indian Film Artistes Association (SIFAA) to observe a day-long fast Tuesday here to protest the alleged “war crimes” against Tamils in Sri Lanka.

“I am currently shooting for my film ‘Thalaivaa’ in Australia and couldn’t make it to the fast. I regret not being present in this movement,” said Vijay in a statement.

The fast is being observed by the actors of the Tamil film industry. This is the second fast since March 19, which was observed by Tamil Nadu Film Directors Association (TANTIS).

While the first token fast received phenomenal response, it missed the presence of all big actors in the industry such as Kamal Haasan, Rajinikanth, Ajith Kumar, Suriya, and Karthi. But all of them have joined in this time.

All shooting for the day has been stopped, while theatres will remain shut.