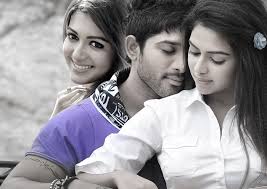 Allu Arjun’s forthcoming release Iddarammayilatho has completed its editing works. S.R. Shekkar is the editor of the movie. The final cut version of Iddarammayilatho is ready and the film will complete its censor formalities soon.

Iddarammayilatho is set for a release on May 24 and producer Ganesh Bandla has announced the release date. Puri Jagannadh wielded the megaphone for the film and it’s his second combo with Stylish Star after the super hit Desamuduru. Devi Sri Prasad provided the soundtrack for the film.

Iddarammayilatho is touted to be a romantic comedy entertainer with Amala Paul and Catherine Tresa as the leading ladies and Ali, Brahmanandam, Rao Ramesh, Nassar, Subbaraju, KaajalVashist, Srinivas Reddy in prominent roles.