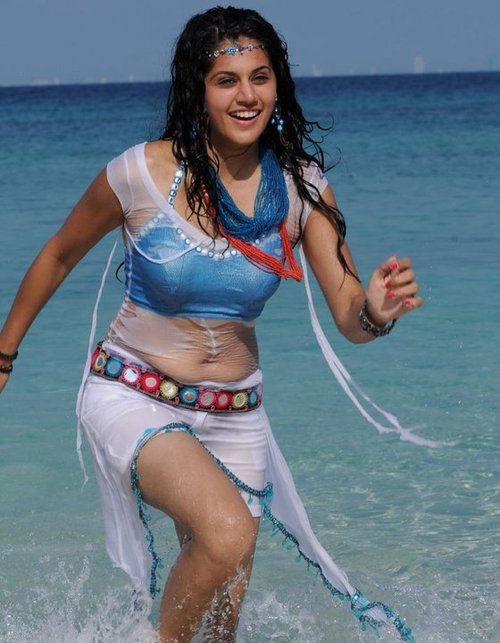 Tapsee asks that whether people will accept her if she does not show glamour. Tapsee had acted in Daruvu opposite Raviteja.She while speaking to us said, “This year only one Telugufilm titled Daruvu has been released but I am very busy acting.

After this Telugu, five of my films are waiting for release. Coming August my Hindi film Chashme Baddoor is being released.I am eagerly waiting for the release of the film Maranthen Mannithen in which I have donned the female lead role. This film is being produced in Tamil and Telugu languages.I am not donning glamour role in this film. I don’t know whether audience will accept this. I am also eagerly waiting to see if they will accept it or not.