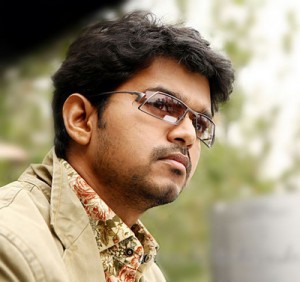 A string of failures put a question mark about his career. Yet, actor Vijay turned his fortunes around after the success of Thirumalai last year and the stupendous run of Ghilli (remake of Telugu blockbuster Okkadu).Two successive hits have given a new lease of life to the actor and he has now re-established himself in the Tamil film industry as a name to be reckoned with..

Flush with success, Vijay has a few offers lined up and is awaiting the release of his next film Madurey, produced and directed by Madhesh.The actor who has been in the show biz industry for more than a decade now, says the success of Ghilli brings with it greater responsibility as fans would be expecting greater things from him now.”I was confident that Ghilli would make it big. But the success entails more responsibility for me to keep continuing the good run”, he adds..

“My forthcoming movies Madurey and Thirupachi have different story lines with a mix of action and humor”, Vijay says.

I was confident that Ghilli would make it big among the masses. The movie produced by A M Rathnam and directed by Dharani was a pulsating action film with a romantic base. Even the songs and stunts in the movie appealed to the masses. The success of Ghilli has made me more responsible now. I have to choose the right scripts and work in order to sustain the good run..

You evince keen interest on working in action-oriented movies.

Today, in Tamil filmdom, action-packed movies are the order of the day. Hence, keeping in line with the trend, I am working on action films. Once the trend changes, I will think of doing different films. Thirumalai, Ghilli and the forthcoming release Madurey too have stunt sequences that would appeal to action-lovers..

You have developed a liking to work in Telugu remakes

Yes, all my film which were remakes from Telugu have done well here. I don’t thing it is wrong. Even now, I have zeroed in on a couple of recent Telugu hits. I might venture to do one of them..

On your forthcoming films

Madurey will be released in the third week of August. Sonia Agrawal and Rakshitha are the leading ladies in the film. Produced and directed by Madhesh,Madurey is a story that revolves around a happy-go-lucky-youngster (which I portray). The movie has come out very well. Ever since Madhesh narrated the script to me, I was impressed with the story line that I gave the go-ahead to the project. I am confident that Madurey will appeal to people of all age-groups. I am also acting in a movie titled Tirupachi, produced by R B Choudhary and directed by Perarasu..