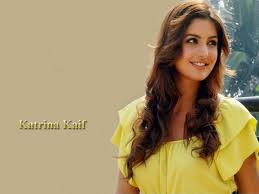 Sushant Singh Rajput’s journey from being a TV actor to a silverscreen star has been quite an enriching and exciting one. The very good-looking actor must be on cloud nine, for he has hit a jackpot with ‘Kai Po Che!’ this year.

After an impressive debut in Abhishek Kapoor’s adaptation of Chetan Bhagat’s ‘The 3 Mistakes of My Life’, Rajput is all set to team up with the filmmaker once again. And this time for a screen adaptation of Charles Dickens’ ‘Great Expectations’.

Sushant has already grabbed plump projects which include ‘Peekay’ with Aamir Khan & Anushka Sharma and ‘Shuddh Desi Romance` opposite Parineeti Chopra. And with Kapoor’s adaptation of the ‘Great Expectations’ he will reportedly get a chance to romance Katrina Kaif.

The ‘Kai Po Che!’ star began his acting career with Zee TV’s ‘Pavitra Rishta’. He met his reel life lady love Anikta Lokhande on the sets of the show. Lokhande continues to play the leading lady on the show and has stood by her man even as he has taken a huge leap into the world of cinema.