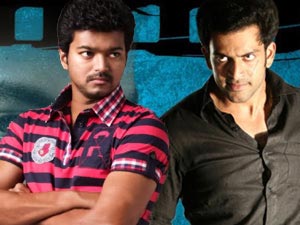 Well it looks like Prithviraj will lock heads with his neighboring star Vijay in August. Prithviraj’s rom-com ‘Teja Bhai and Family’ will see release sometime in mid-August around the same time when Vijay�s superhero film ‘Velayudham’ will hit theatres.

While this will be Prithviraj’s first tryst with a full-length comedy role, ‘Velayudham’ will be Vijay’s first film in a superhero subject. Many people in Kerala consider Prithviraj to be the next big name in the Malayalam film industry, while Tamil boy Vijay too has an impressive fan base in the god’s own country.

Directed by Deepu Karunakaran ‘Teja Bhai and Family’ will see Akila Sasidharan sharing screen space with Prithviraj, and is produced by P. K. Muralidharan and Santha Murali, who have earlier produced Prithviraj’s ‘Classmates,’ ‘Chocolate’ and ‘Robinhood.’ Vijay’s ‘Velayudham’ has Hansika Motwani and Genelia D’Souza as his heroines, is directed by M. Raja, and produced by Aascar Films.

Considering Vijay’s fan base in Kerala the producers have decided to release ‘Velayudham’ in nearly 90 theatres panning the state, reveal sources close to the film circle. Theatre owners also opine that Vijay will prove a tough competition for Prithviraj.

The crowd always chooses the better film any day. It is just a matter of time to see who will reign in Kerala come August!