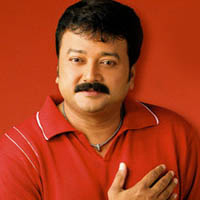 For the first time in his career spanning 24 years, actor Jayaram is becoming part of three hit movies in a row. The first hit from him this year was Shafi’s ‘Makeupman’ which also had Prithviraj and Kunchakko Boban in cameo roles. The movie went on to celebrate 75 days in major cities. Then came the multistarrrer ‘ChinaTown’ which had a very decent initial to make it a reasonable hit. The movie is currently in its sixth week in 25 centres. The actors hat trick hit came in the form of ‘Seniors’ by Vyshakh which has already turned into profit proportions for its producer Vysakha Rajan. The movie has already made around 3 crores producer share from its 16 day run.

Jayaram will be immediately joining the movie by Jayaraj after his current tour of Kenya. After this movie, Jayram will be seen in the new Rajbabu movie with Krishna Poojappura’s script. Jayaram will also don the lead role in the new movie by T K Rajeevkumar which will have Bhavana as the heroine. The other new projects from Jayaram will include that of directors Renjth, Padmakumar , Kamal and K K Rajeev.