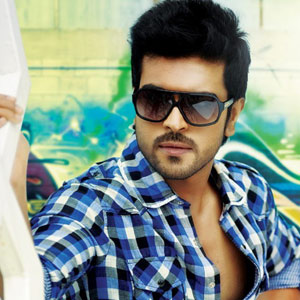 Mega Power Star Ram Charan Tej has signed up three films and all of the three projects are confirmed says the reports. As earlier announced, Ram Charan will start the shoot of his Racha in June, with Sampath Nandi as director and Tamannah as the female lead. Mega Supergood films banner will produce the film with high technical values.

Next to Racha, Ram Charan has okayed a film with mega director V.V.Vinayak, which will hit the floors in the month of August. Vinayak informs that it is a commercial entertainer with all the elements that impresses mega fans and Ram Charan will be seen in an entirely distinct role. The film will be produced by DVV Danaiah and a well-known heroine will pair up with Ram Charan in the film. The film will start rolling its camera from the month of August.

Ram Charan will start shooting simultaneously for his other film in August that will take shape in the direction of Vamsi Paidipalli. The flick will be produced by Anakapalli MLA Ganta Srinivasa Rao and Ram Charan’s Brother-in-law Vishnu Prasad. The pre-production works for the film have already begun and other cast and crew details of the film will be announced shortly.

So, Ram Charan will soon get busy with three back-to-back big banner projects.