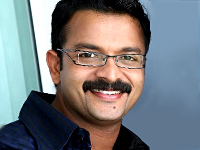 Young Malayalam actor Jayasurya will don the role of a pigman in his next film titled Pigman to be directed by Avira Rebecca, who earlier directed the much-acclaimed Thakarachenda.

The film tells the story of a young doctorate aspirant, who gets to spend his days at a pig farm. Produced by T.R. Sreeraj under the banner of Sreeraj Films, the film is scripted by N. Prabhakaran. Cinematography is by Pradeep Nair. The shooting will commence in April.