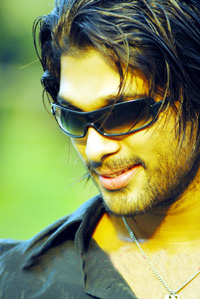 Stylish Star Allu Arjun is currently involved in the shooting schedules of his forthcoming film Badrinath, which is gearing up for its release in the month of May. Meanwhile, he has given his nod to director Trivikram Srinivas for his next film.

Sexy Siren Ileana will play the leading lady in the film and this is the first time Allu Arjun and Ileana are pairing up. The movie will be produced by D.V.V.Daniah under Universal Media production house. The latest buzz is the movie will start rolling its camera in the month of May, immediately after his Badrinath hits the screens.