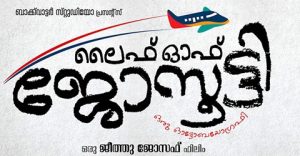 Director Jeethu Joseph, whose Papanasam released recently, will have a Malayalam release coming up soon, Life of Josootty, with Dileep playing the lead.

The filmmaker is currently busy with the post production works of Life of Josootty, which is an Onam release.

Once the work is over, he will start with the pre-production of his next venture, starring Prithviraj. Jeethu has earlier directed Prithviraj in Memories.

According to certain insiders involved in the project, the film is a thriller with lots of action sequences. But these are early days. Jeethu has also announced another project with Kavya Madhavan in the lead.