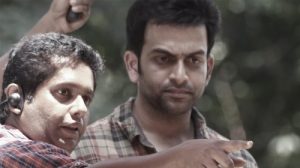 Jeethu’s Prithviraj starrer movie by December. The movie will be an action thriller. The director hopes to get the movie rolling by the end of this year. Pre-production work is going on quickly.

Prithviraj has previously acted in Jeethu Joseph’s ‘Memories’. The movie, which was a crime thriller met with instant success. He had followed it up with ‘Dryshyam’ which had been a blockbuster. His latest release is the Dileep starrer ‘Life of Josutty’.