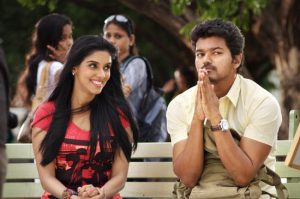 The music of Ilayathalapathy Vijay’s 51st film Kaavalan, Tamil remake of the Malayalam hit Bodyguard starring Dileep and Nayantara, will be launched on December 8, 2010 in Chennai. Kaavalan is directed by Siddique (of Friends fame), who also directed the original version. The film has a plot with plenty of comedy and action and brings Asin back to Kollywood after a gap.

The film also brings back the Vijay-Vidyasagar duo after Gilli and Villu. According to the music director, the album has a couple of melody-infused fast-paced songs which will be a treat to listen to. Kaavalan is produced by C. Ramesh Babu and film maker Sakthi Chidambaram has acquired its release rights.