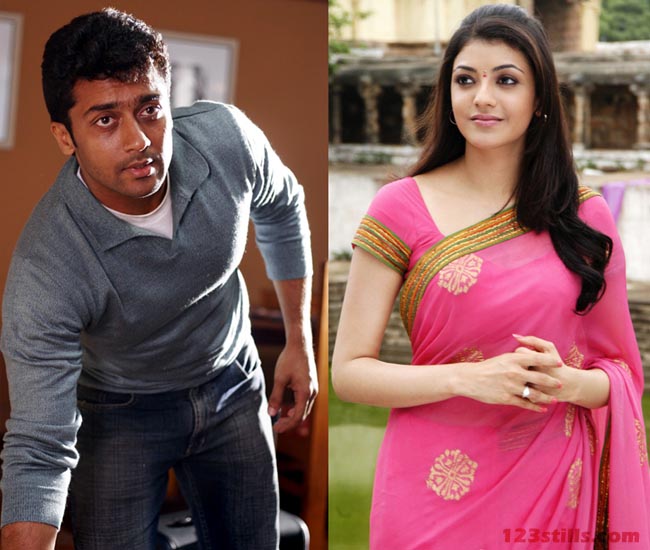 Goregeous Kajal Agarwal is getting offers from all the leading Indian film industries. The actress, who is currently busy with her Bollywood debut Singam and a few Telugu films, has been signed to play the leading lady in Surya starrer Maatraan.

K.V Anand, who tried and approached a few Bollywood actress, has finalized Kajal Agarwal for the female lead role in Maatraan. The director has recently approached and signed her to pair Surya in the film.

The shooting of Maatraan, which has attracted the masses with its tagline ‘Sometimes the end, is just the beginning’, might be delayed, as Surya is busy with his another project 7 am Arivu. It is said that the actor will be seen in five different getups in the film.