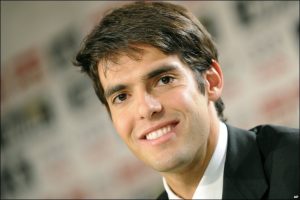 Kaka is set to make his long awaited return for Sao Paulo Sunday, 11 years after his last appearance for the Brazilian club.

The 32-year-old, who joined his former side on a six-month loan earlier this month, trained with Muricy Ramalho`s first-team squad Thursday.

According to news portal Globoesporte, the 2007 FIFA World Player of the Year is certain to start against Goias in Brazil`s Serie A championship.

“He is an idol for all Brazilians for everything he has won, where he has played and the person that he is,” Kardec told a press conference.

Kaka began his career at Sao Paulo and made 59 first-team appearances for the Tricolour before moving to AC Milan in August 2003.

He left the San Siro by mutual consent in June and a month later signed with Orlando City, from where he has been loaned.

The attacker will officially join the new US Major League Soccer franchise in January.

Sao Paulo are currently sixth in Brazil`s league standings with 19 points from 11 matches.