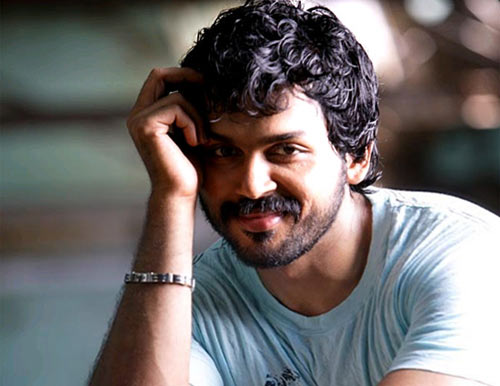 This Studio Green produced film has Anushka in the female lead along with three other heroines.

Alex Pandian has tremendous title value, as it is the name of the character Superstar Rajinikanth did in Moondru Mugam, one of his popular mass masalas of the 80’s.

Rajini played a cop called Alex Pandian who cleaned up the city of the scums of the earth in that film.

Karthi has made a smart move as people will connect the title to the character superstar did many years back.