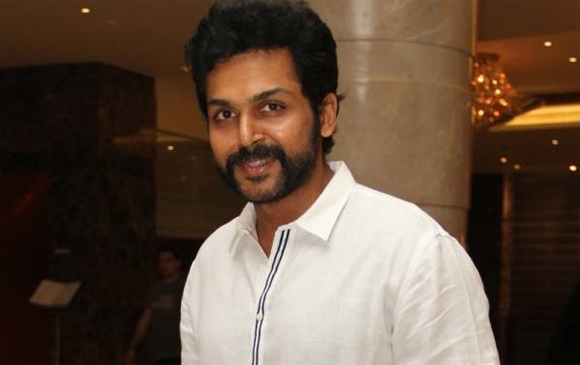 After recovering from illness, actor Karthi is all set to resume shooting for his upcoming film Komban from Wednesday.

If sources are to be believed, director Muthaiah is planning to shoot some important sequences in Ramanathapuram involving lead cast during this schedule.

Komban script is said to be based on the relationship between a son-in-law [Karthi] and his father-in-law [Raj Kiran]. Lakshmi Menon pairs opposite Karthi in the movie.

Karthi looked stylish with his handlebar mustache for the movie. Music by GV Prakash, DOP by Velraj and editing by Praveen KL among the Komban crew.

Meanwhile, Karthi is basking in the success of his latest release Madras, directed by Pa. Ranjith with Catherine Tresa as the female lead.