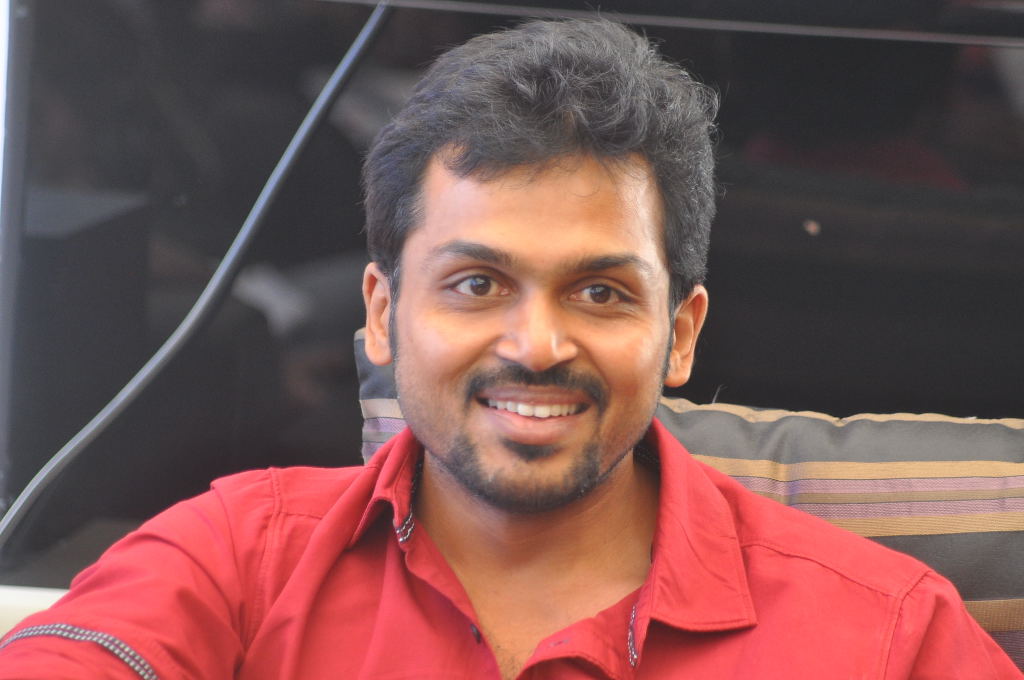 Karthi seems to be calmly facing the busy schedules of Kaali directed by Attakathi Ranjith. Studio Greens producing Kaali has completed the shooting and left with the patch work for couple of days.

Catherine Tresa is playing Karthi’s love interest in Kaali. She would be seen as a local working woman while Karthi is a guy hailing from North Madras. As reported earlier, Karthi will have three different facial hair styles in Kaali- a french beard, a full-fledged beard and a proper moustache.

Kaali is expected to be one more script deriven film for Karthi after Paruthiveeran and Naan Mahaan Alla. Major portions of Kaali were shot in slums of North Madras and we get to see football matches, a local feature of that area.

Santhosh Narayanan has composed five montage songs for Kaali. For now, Kaali makers are planning to launch audio in the end of April followed by May-end or June release.