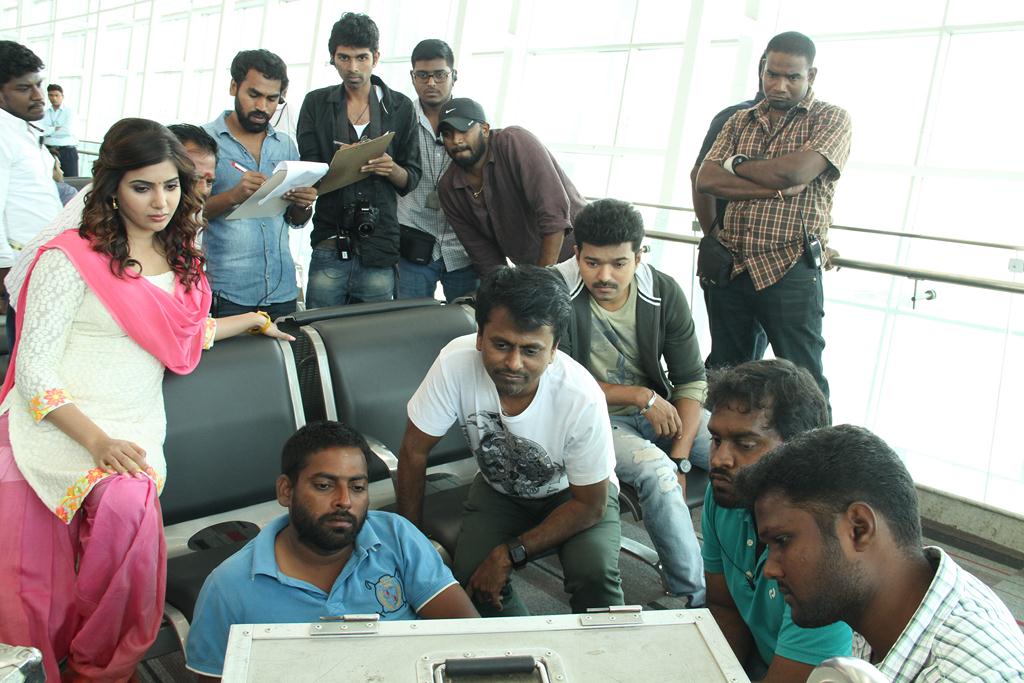 Vijay and Samantha starrer Kaththi is an upcoming commercial action thriller taking fast shape in the hands of director AR Murugadoss. Ayngaran and Lyca producing Kaththi was reported to be in trouble, as the movie is said to be indirectly funded by Srilankan president.

Recently there were reports in the media that stated one of the producers of Kaththi Lyca International is closely aided to Sri Lankan president Rajapaksa, which is now aired by the producer Karunamoorthi.

Denying these allegations Karunamoorthi of Ayngaran International released a press statement that said: “We are a very respected company and have been in the business of cinema for over two decades and distributed nearly 2000 Tamil films in the foreign market. As far as Kaththi is concerned Lyca Productions is funding us. Lyca communications is a multinational that have operations in India and Sri Lanka. They also run a foundation which helps Tamils in Sri Lanka affected by the civil war. All these wild rumors that we are being funded by Sri Lankan government is baseless.”

Kaththi team is currently shooting in Chennai for a long 40 days schedule, following this Kathithi unit will shoot in North India and abroad to complete rest of the schedules.

Kaththi shoots will wrap up by August and will be a Diwali release.