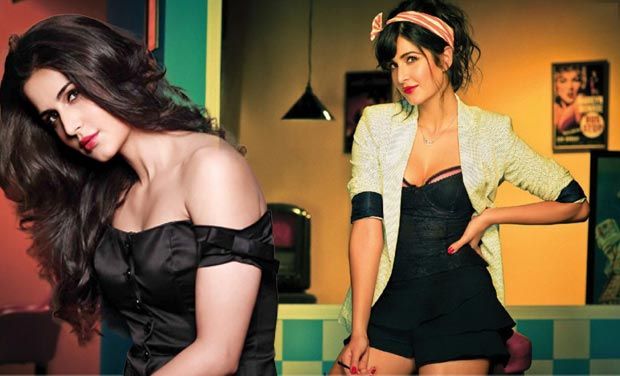 The FHM magazine’s September issue is out and we see that they have rated actress Katrina Kaif as 2013’s sexiest woman in the world. Bollywood’s Barbie girl Katrina was recently seen juggling her time between work and family. The British Indian beauty is currently shooting for two films – Dhoom 3 and Bang Bang.

Even with such a hectic schedule, we see that the actress was able to complete her photo shoot for FHM magazine. The FHM magazine also listed 99 other sexiest women in the world along with Katrina but we are just happy that she topped the list and made it to the cover page. Katrina who started her Bollywood acting career with the 2013 movie titled Boom and we can see that she has evolved tremendously in the industry.

She has given us more than just acting with her item numbers ‘Sheila Ki Jawani’ and ‘Chikni Chameli’. Katrina being on the cover of a magazine is not new to us. We have earlier seen her various magazines such as Vogue, Femina Filmfare and more. The 30-year-old actress surprises us each time with her style statements and the oomph factor. Have a look at the slide show for images of the cover photo shoot. I’m sure you’ll be awed.