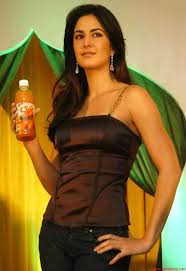 Actress Katrina Kaif is a free bird now, and all thanks goes to her co-star Hrithik Roshan, who has gone to the US for further treatement of his head injury. Reportedly, the shooting for Hrithik-Katrina’s upcoming movie Bang Bang has been pushed to January, next year, hence Kat now has a lot of time to relax. But, Ms Kaif is a thorough professional and is in no mood to rest.

Instead, Katrina knows her way to make money, even during her free time. As per a leading daily, Katrina Kaif has taken up a few commercials to make money during this break. Sources informed the daily, the actress is now back to Mumbai, after a Holiday with her family in London. Kat will be reportedly shooting for an ad commercial in Mumbai. After the completion of the shooting, Kaif will fly off to Dubai for the shooting of another commercial. “She will be shooting for a while in the city for a commercial and then takes off to Dubai for the shoot of another commercial,” the source informed the daily.

Katrina Kaif and Hrithik Roshan had earlier acted in the movie Zindagi Naa Milegi Dobara. Their upcoming flick Bang Bang is a remake of the Tom Cruise-Cameron Diaz starrer, Knight and Day. The film’s shooting was scheduled from November 27, 2013, but has been postponed for next year January. Directed by Siddharth Anand, the flim will also see Bipasha Basu, Danny Denzongpa and Javed Jaffery as the cast.