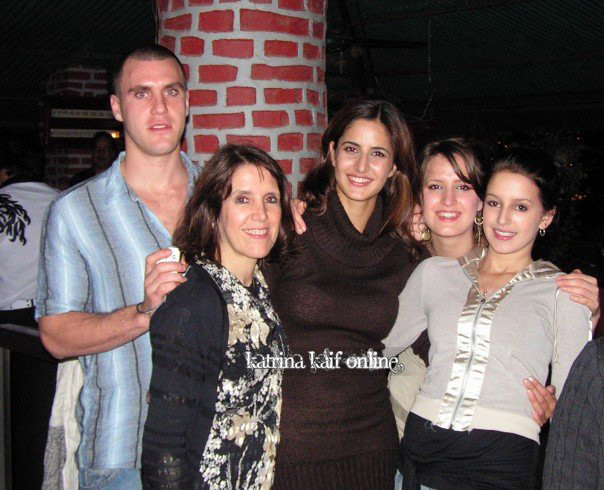 Bollywood actress Katrina Kaif flew to London in between all her shooting schedules just to be there for her sister Christine’s wedding. Even though the actress has been in India all these days, she was involved in planning different aspects of the wedding. Katrina, who was a bridesmaid at the wedding looked stunning in a peach gown. Most sites earlier carried news saying that it was Katrina’s sister Natacha who got married, but we are here to inform you that it was not Natacha but Christine who got married on Sunday, August 25.

Katrina Kaif was seen having a gala time with her family. Even with her hectic schedule, it is said that the actress took an extra effort to finalise the bride’s wedding outfit. Katrina was very excited about this wedding that she helped with many wedding preparations. It is rumoured that she even helped decide the menu for the event in London. During the wedding planning, it was even reported that Katrina’s family flew down to Mumbai so Katrina could give a helping hand in planning. So we now know why Katrina was so busy in the past few days. There were rumours that she was a on a vacation with Ranbir Kapoor but a source close to the actress rubbished all such reports. Have a look at the slide show to see images of Katrina’s sister’s wedding.