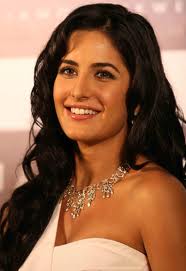 Her absence from the big screen for a year has not stopped Bollywood beauty Katrina Kaif from winning the world’s sexiest Asian woman title for the fourth consecutive year in a poll by a weekly magazine here.

A permanent fixture in the top three for the past six years, Kaif beat off competition from the world’s most stunning Asian women in the tenth edition of UK based, Eastern Eye newspaper’s definitive Sexy List.

The fourth win comes just weeks before Katrina hits the big screen again in one of the year’s biggest Bollywood releases ‘Dhoom 3: Back In Action’.

“I didn’t know it was a record! That`s a nice surprise and a lot of fun to hear. I like it because Eastern Eye newspaper is the one my sisters see because they live in London. It’s lovely, but also people are reacting to what they see.

“Obviously if everyone were to see me when I wake up in the morning or in my track pants and then vote for me, then maybe I would be a little bit more believing of it myself. But of course it’s very flattering,” Katrina said.

Chairman of the judging panel and magazine’s showbiz editor Asjad Nazir, who annually puts the list together, said it was a close race.

Like last year, the biggest surprise of 2013 list was the sheer dominance of television actresses from India. Dhami added to a dream year by becoming the first television actress to crack the top three while her friend Sanaya Irani entered the top 10 for the first time at sixth position.

The highest new entry was ‘Aashiqui 2’ star Shraddha Kapoor (12), who narrowly missed out the top 10. The highest placed Pakistani was Humaima Malick (15) and the only non-Indian in the list was ‘Anger Management’ star Noureen DeWulf (10).

The American actress, who stars alongside Charlie Sheen in the hit US sitcom, dominated the non-Asian vote. The oldest women in the list were Bollywood icons Madhuri Dixit (23) and Sridevi (40).