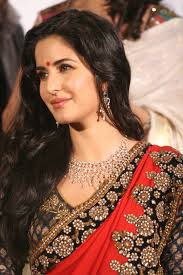 Here’s a classic case of big-stars-have-bigger-tantrums. According to recent reports, Dhoom 3 actress Kartina Kaif got pretty upset when she was asked to do a re-take while shooting for an adverstisement in Mumbai recently.

Katrina was reportedly shooting for a commercial for a beverage brand she endorses, when she walked off angry mid-shoot. She was apparently displeased by director of photography’s behaviour. The fact that he was flown in all the way from Australia, didn’t seem to bother the actress. Obviously.

The director of photography whose name hasn’t been disclosed, was reportedly shocked by this and left scrambling for words.