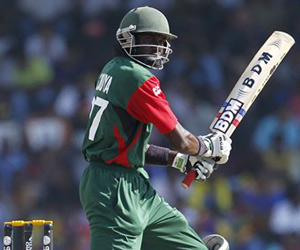 NEW DELHI: In a battle of minnows, Kenyan skipper Jimmy Kamande won the toss and elected to bat in their Group A match against Canada at the Feroz Shah Kotla Stadium in New Delhi. Kenya made one change, replacing Peter Ongondo with Thomas Odoyo.

Languishing at the bottom of the points table, both Kenya and Canada have pride at stake as they lock horns in a battle of minnows in a Group A match of the cricket World Cup here at Feroz Shah Kotla stadium.

Both Canada and Kenya have nothing to take home from the sub-continent as the two non-Test playing nations have lost all three of their World Cup matches.