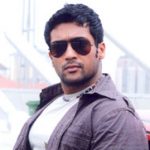 Tamil actor Suriya says, he is in love with Kozhikode, in Kerala, after visiting the place for the first time, recently. In an interview, while confessing his love for this heavenly place in Southern India, Suriya also lauded the people of Kozhikode for being ‘courteous’. And to top it all, he is also excited about his movies doing well in that part of Kerala.
When asked whether he watches Malayalam movies, he replied with high words of praise for the highly talented crop of actors in the Malayalam industry, including legends like Mammootty, Mohanlal, Dileep and Jayaram. He also registered his wish to do a Malayalam movie if things came together. Suriya sees Dileep as his role model, as he was the inspiration behind Suriya doing the movie Perazhagan, which was a remake of Kunzhikoonan, which starred Dileep.