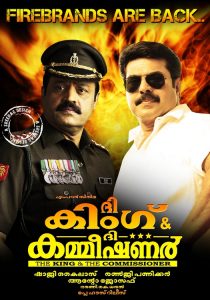 After his short European tour Mammootty is back to the sets. He has already started shooting for the new movie tentatively titled as ‘King and the commissioner’ at Kochi. Renji panikkar scripts the movie which will also have suresh Gopi in an important role. Directed by Shaji Kailas, the movie will complete its shooting with schedules at Delhi, Ernakulam, Kozhikkod and Thiruvanathapuram.

It is interesting to note that both the director and the super star are currently facing problems with the performance of their films and is desperately in need of a hit to reassure their places in the business. While Shaji has his last half a dozen movies doing poor business, Mammootty’s last three were duds at the Box Office. same as suresh Gopi