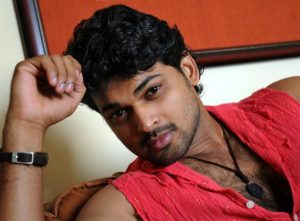 The shoot for the first Malayalam production from Aascar films V Ravichandran, titled as ‘Lucy Jokers’ has kicked of at the capital city of Thiruvananthapuram. The Maharaja of Travancore Sree Uthram Thirunal Marthanda Varma lighted the ceremonial lamp which marked the opening of the shooting schedules.

The director of the movie Sunil has started his shoot by filming a song ‘Madhuram Madhuram Haritham’ featuring a thousand of junior artists. The movie is scripted by Saju Kodiyan in the base story of the director. The movie to be shot at Malaysia and Nepal will also feature Formula-1 car racing and Chinese martial arts.

Ajmal will appear in the lead role of the movie which will also feature Suraj, Salimkumar, Janardhanan, Jagadheesh, Madhu, Anoopmenon, Saikumar and Nimisha in important roles. Bharani K Dharan handles the camera while M Jayachandran is in charge of the music.